skip to main | skip to sidebar

Social interactions in complex microbial communities - Survival of the fittest or the friendliest?

Section of Microbiology, Department of Biology, University of Copenhagen

Multispecies biofilms are predominant in almost all natural environments, setting the scene for various competitive and cooperative interactions that affect overall functionality and fitness of the individual strains and the community.

We have developed a model defining synergism, antagonism and neutrality within multispecies biofilms, based on the proportion of the species that are present and their ability to form monospecies biofilm. The model was validated experimentally in control systems of isogenic strains differing only in their ability of biofilm formation as single species. We applied this model to characterize the interactions in multispecies biofilm formation of bacterial consortia isolated from a variety of natural habitats.

Recent research has revealed that bacterial plasmids and biofilm formation are interconnected in many ways. Horizontal transfer rates are typically higher in biofilm communities compared with those in planktonic states. Biofilms, furthermore, promote plasmid stability and may enhance the host range of mobile genetic elements that are transferred horizontally. Plasmids, on the other hand, are very well suited to promote the evolution of social traits such as biofilm formation. This, essentially, transpires because plasmids are independent replicons that enhance their own success by promoting inter-bacterial interactions. They typically also carry genes that heighten their hosts’ direct fitness. I present a couple of examples from our most recent research of how plasmids can promote biofilm formation in natural environments and reveal some of the molecular mechanisms behind this phenomenon.

A doctoral student position in the field of RNA Polymerase II Gene Regulation & RNA biology is open in Barboric laboratory at Biomedicum Helsinki 1, University of Helsinki. Strong background in
molecular biology, biochemistry and/or bioinformatics is required. Applications are accepted on continuous basis, but the post will be filled as soon as a competitive candidate is identified. The position is open in a young laboratory led by Matjaz Barboric, Ph.D. at the Institute of Biomedicine, Department of Biochemistry & Developmental Biology at University of Helsinki, Finland. My research group, which is currently composed of two doctoral students and a postdoctoral fellow, investigates the mechanisms that regulate transcription elongation by RNA polymerase II. This phase in gene transcription has emerged only recently as a major regulatory step in metazoan gene expression. By using biochemistry, molecular biology, genetics and systems biology approaches, we are seeking to understand biological roles of transcription elongation kinases, their function in mRNA synthesis and processing, as well as the significance of RNA polymerase II elongation control in human diseases such as cancer. Moreover, we are investigating the role of coding and non-coding RNA in controlling these processes. Among others, our research efforts are supported currently by the grants from the Academy of Finland, Sigrid Juselius Foundation, University of Helsinki 3-Year Research Grant and The Marsha Rivkin Center for Ovarian Cancer Research, US.
Requirements. Are you a creative and independent thinker? Are you ready for the hard work that the Ph.D. requires? Are you a motivated and an outstanding student with a strong academic record who is a quick learner and in a position to put a mark in a competitive field of gene transcription? Have you recently received a Masters degree in molecular biology, biochemistry, bioinformatics or related fields or are you finishing up with such studies? Do you have good spoken and written command in English? If yes, then please send your application including a cover letter, CV, your research interests, and 2-3 letters of reference to matjaz.barboric@helsinki.fi.
Employment conditions. Selected candidates will be offered a grant for 1 year. Upon successful performance review, the students will be offered an employment contract in accordance to the University of Helsinki salary scale system.
For further information, please contact:
Matjaz Barboric, Ph.D.
Principal Investigator
Institute of Biomedicine, Biochemistry & Developmental Biology
Faculty of Medicine, University of Helsinki
Biomedicum Helsinki 1, Room B233b
Haartmaninkatu 8, 00290 Helsinki, Finland
Email: matjaz.barboric@helsinki.fi
Web:
Matjaz Barboric
https://tuhat.halvi.helsinki.fi/portal/en/persons/matjaz-barboric(09c0e783-7ec6-4b97-81a7-0706b1f08925).html
Institute of Biomedicine
http://www.biomed.helsinki.fi/english/

Povzetek predavanja:
DNA and RNA aptamers interact with their target proteins with high selectivity, specificity and affinity. The SELEX method consists of iterative cycles of in vitro screening of a combinatorial oligonucleotide library containing to 1016 different molecules and possible secondary and tertiary structures for target binding followed by PCR amplification of selected sequences. Aptamer ligands can be developed against almost any target protein. Due to the wide spectrum of applications, these novel molecules are used in numerous pharmacological, clinical and industrial processes. In the beginning, RNA and DNA aptamers were identified which bind to proteins that naturally interact with nucleic acids or small molecules such as ATP. In the following years, the use of the SELEX technique was extended in order to isolate oligonucleotide ligands for a wide range of proteins of importance for therapy and diagnostics, such as growth factors (3), cell surface antigens, entire cells and even whole organisms. Recently, the use of in vitro selection methods have been extended to living organisms such as bacteria, trypanosomes and Plasmodium falciparum-infected erythrocytes. Moreover, since it became apparent that aptamers are capable to distinguish between little differences in cell surface-marker-proteins expressed by i.e. cancer cells, parasite-infected cells or stem cells in comparison to normal somatic cell, they have been developed into promising agents for diagnostic and therapeutic applications. In this talk, I will focus on new accomplishments of the aptamer technology, and demonstrate some examples from my own research. 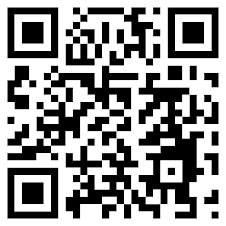